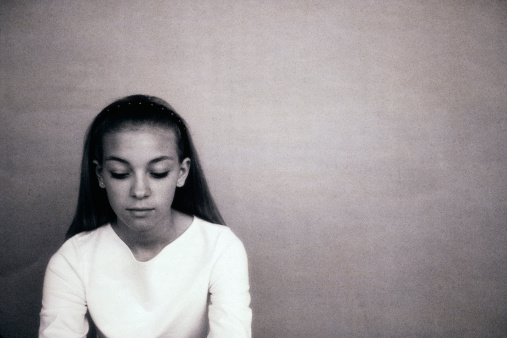 As many of you know, Zero Breast Cancer serves as the head of the Community Outreach & Translation Core for the CYGNET Study, which focuses on determinants of early puberty in girls across the Bay Area and is one of three puberty study sites under The Breast Cancer and the Environment Research Program funded by The National Cancer Institute and the National Institute of Environmental Health Sciences.

The California Health Report (healthycal.org) recently published an article about the CYGNET Study and early onset puberty in young girls.  Dr. Larry Kushi, the Principal Investigator on this long term study under Kaiser Permanente Division of Research, and Kaiser Permanente, San Francisco's Dr. Louise Greenspan, a pediatric endocrinologist and CYGNET researcher, were both interviewed for the article, as well as Shelby Aszklar, a member of CYGNET's Youth Advisory Board. This is only the most recent article on the subject following publication of the latest part of the research this past fall.

Trend Towards Early Puberty in Girls Continues, Researchers Ask Why

These products aren’t simply symbolic of a society that pushes kids to grow up too fast. Kids these days really are growing up faster—particularly girls. Numerous studies have shown that, throughout the last half-century, the age at which girls enter puberty has dropped. A paper published recently in the journal Pediatrics confirmed that this trend continues, with girls starting breast development at even younger ages than they were in a landmark 1997 study that first documented the shift towards earlier puberty onset in girls.

“It’s just 15 years later, but clearly the age at onset [of breast development] in the female population is younger,” said Dr. Lawrence Kushi, Director of Science Policy in the Division of Research at Kaiser Permanente. Kushi is the principal investigator for the San Francisco site in this study, which looked at breast development in over 1200 girls across several ethnic groups from three sites: San Francisco, Cincinnati and New York.

Study results showed that the average age at onset of breast development was 8.8 years in African American girls, 9.3 years in Latina girls, and 9.7 years in Asian American and Caucasian girls. As in past studies, extra body fat was found to be a driving factor in early breast development, with obese and overweight girls developing significantly earlier than girls with a normal body weight, regardless of race.

But obesity alone doesn’t explain the phenomenon. Though girls with a higher body mass index showed the most dramatic changes, even girls with a healthy body weight are developing earlier than in decades past, said Kushi.

A marked shift since the 1997 study was seen in Caucasian girls, who developed an average of 4 months earlier than girls in the previous cohort. In addition, the proportion of African American girls who’ve started to develop breasts in the first grade has tripled in the past 15 years—with 18 percent starting breast development in the first grade and 38 percent developing by third grade (compared with 4 percent of white girls developing by first grade, rising to 21 percent by third grade).

This recent analysis is a first step in an ongoing puberty study by the Breast Cancer and the Environment Research Program (BCERP), an effort funded by the National Institutes of Health to learn about the role environmental factors play in breast cancer risk. Since early puberty onset—particularly early menstruation—is associated with an increased risk of developing breast cancer later in life, BCERP researchers are following the girls over time, investigating factors that may hasten or delay puberty.

Shelby Aszklar was enrolled at the San Francisco study site as an eight-year-old. “When I started I didn’t really know what to expect, so I was kind of scared,” said the now 15-year-old, a junior at Berkeley High School with a nose ring and a mane of wavy brown hair. After the first few visits, she got used to the study routine—being examined and palpated, having her blood drawn, and answering a series of personal questions.

Eventually, Aszklar became part of the Youth Advisory Board for the study—a group of teenage girls who give feedback to researchers about study questionnaires and provide suggestions for an interactive study website. Aszklar said that participation in the study has helped her understand the changes her body has gone through. “They tell you things that normal health education classes don’t,” she said. “It made me think about how what I do and where I live affects me.”

Along with measuring developmental milestones, BCERP researchers are investigating environmental factors that could influence the girls’ hormonal metabolism—everything from stress levels, physical activity and diet to consumption of organic food versus conventional food, shampoo brands, exposure to cigarette smoke and pollution, and even family structure. (There is evidence that girls living in a home without their biological father start puberty at an earlier age—and the age at onset drops even further if a stepfather moves into the home.)

The researchers are particularly interested in endocrine disrupting chemicals—chemicals that interfere with the body’s natural hormones—and how they interact with body fat to influence puberty. Some chemicals wreak havoc on the endocrine system by influencing enzymes involved with hormonal pathways. Others have a similar molecular structure to the female sex hormone estradiol and so can lock on to estrogen receptors in the body, thus producing an estrogen-mimicking effect. Scientists believe that some of these chemicals may even cause obesity itself, perhaps by stimulating appetite centers in the brain or influencing other hormone levels.

“We know that obesity is associated with earlier pubertal development,” said Dr. Louise Greenspan, a pediatric endocrinologist with Kaiser Permanente and researcher at the San Francisco site. But, she added, to make matters more complex, “fat tissue is a hormone-secreting organ.”

In a feedback loop Dr. Greenspan described as “a perfect storm,” the same chemicals that influence estrogen metabolism may cause girls to accumulate more fat tissue, which in turn secretes more estrogen. It may be that “the addition of chemicals and fat tissue is making changes in their hormonal milieu and the way their body is exposed to hormones. It might be that obesity plus the chemicals leads to problems.”

Possible culprits researchers are investigating for this study include flame retardants, Bisphenol A (BPA), phthalates and parabens (both commonly used in personal care products), pesticide and tobacco compounds, and heavy metals such as lead and cadmium.

“We’re all living in a sea of these chemicals, and more is coming out about how they affect the endocrine system,” said Marcia Herman-Giddens, the principal investigator of the landmark 1997 study and currently an adjunct professor at the University of North Carolina Gillings School of Global Public Health. She pointed out that most chemicals in use today were developed after World War II—a timeline that fits the progression of earlier onset of puberty throughout the decades.

Herman-Giddens added that throughout the same period much else has changed in our society: neighborhoods are less safe to run around in, diets are supplemented with high-calorie junk food, physical education has been cut from schools, and television and computers encourage kids to be less active. “There are just so many factors—any one girl is going to be subjected to many, if not all, of these factors at the same time.”

As researchers tease apart the factors that influence pubertal timing, there is debate about whether early development should be considered “the new normal.” From a medical perspective, a new definition of normal changes the parameters of who is evaluated for early puberty.

“We used to say that seven-year-olds with breast development had a hormone problem,” explained Dr. Greenspan. “Now we’re saying maybe we don’t need to evaluate them and do expensive blood tests and MRI scans. So that’s useful information for clinicians.”

But, she added, the mother in her questions: “What is happening to our girls?”

In light of the consequences of early development, Herman-Giddens asks the same thing. A large body of research links early puberty with increased downstream risk of not only breast cancer, but ovarian and endometrial cancer, high blood pressure and insulin resistance. Early maturation has also been linked to higher rates of depression, low self-esteem, and risky behaviors such as substance abuse and sexual intercourse at a younger age.

“Their childhood is cut short,” said Herman-Giddens. “There are just so many reasons why this is not a good thing.”

Normal or not, the large proportion of girls that are developing at a younger age calls into question the timing of sex education in schools, said Dr. Greenspan. “We are doing our girls a disservice by teaching them sex ed in fifth or sixth grade. The horse has bolted from the barn for 50 percent of the girls. Half of them have their periods by then.”

Aszklar agreed that talking about changes taking place in their bodies is the best way to support girls who are developing at a young age. “I definitely think that talking to other girls about it is really important,” she said, adding that girls need “a safe place to ask questions and learn facts about going through puberty and what causes it.”