Thanks to Janelle Burchfield for giving us permission to share her story. 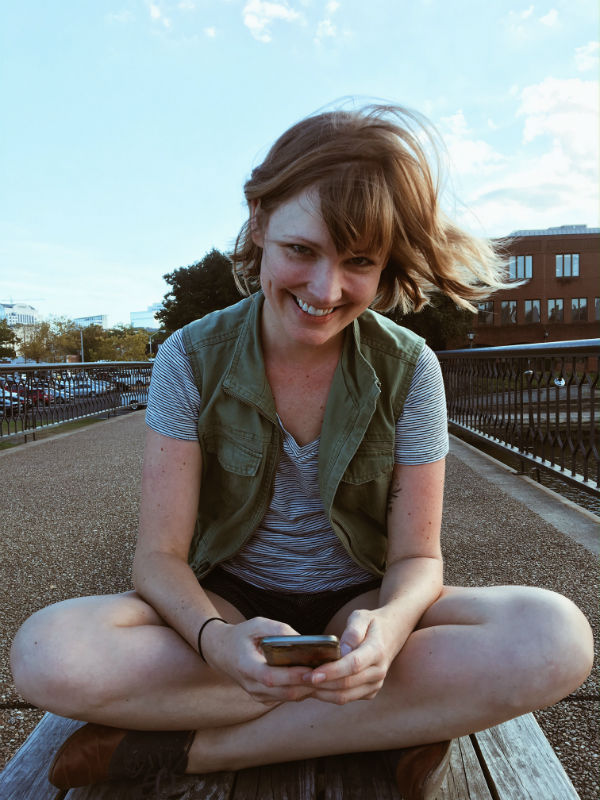 "You're such a delicate creature. You need to think about all the delicacies of being a woman."
- Random Doctor, after tossing a breast implant at me

So, this was my most recent Me Too moment - navigating the male-centric world of cancer treatment.

I'd kept my diagnosis pretty private for the first couple of months while I processed, letting only those closest to me know. Some women are so brave to share their story, I haven't been one of them. I knew I didn't want this disease to own or define me, and so I’ve taken my time in deciding how to speak about it -and Breast Cancer Awareness Month and all the countless other women sharing their Me Too stories gave me some courage.

In the past two months, at age 33, I underwent a five-hour surgery removing a tumor, both breasts, and most of the lymph nodes in my left arm and side. Through this process I received a call from a genetic counselor letting me know that I carry a cancer gene (BRCA2) that has given me a pretty invasive and aggressive type of cancer. Later this year I’ll begin 20 weeks of chemo, followed by radiation, and a pill I’ll take everyday for the next ten years.

While navigating this disease, which is enough, I’ve had some “extra” help. Doctors who have given me their "professional" opinion, reminding me to consider things like "my future partner's feelings." To not forget that “breasts are part of being a woman.”

Spoiler alert- I'm not prioritizing any potential future partner's feelings over my own recovery. Unfortunately, I really had to fight for that and reiterate it over and over. Just like cancer doesn’t define my personhood - my womanhood is not defined by my breasts.

The internet and common medical terms refer to my current post-surgery body as "disfigured." We can do better than this, don't you think? The language we are using should support any woman’s decision for reconstruction, no reconstruction and a chest at any size.

When I left one particular appointment, telling the doctor I was confident about my decision to not have breast reconstruction, that I didn't feel like I was an implant kinda girl, he continued to try to persuade me, saying that he knows I'll change my mind. "Maybe ask the surgeon to leave some extra room so I can pop an implant in there later," he says with a wink. This is sexist language that women shouldn’t have to endure while fighting for their life. A man placing the aesthetic sexual needs of a partner over my clearly communicated wants and need for health and life in a culture of harassment should not be normal.

I was being reeled in and put back in a box of subservient female sexuality because he didn't know what to do with me once I was bold enough to define my body outside of male pleasure. Rape, catcalling, sexual harassment in the workplace, and gaslighting all come from that same place of policing women's bodies. So, what does it mean to be a woman, how do I reclaim and redefine femininity after losing most everything that society would say makes me a woman? And there are a lot of people working through these questions from every gender and identity, discovering and knowing who they are and not always having the privilege and support to redefine and recalibrate.

In just two months of being diagnosed with this deadly disease I could write a book filled with all the awful things people said to me post-diagnosis, and the surprising thing was it’s not just men, it’s how women talk to each other as well. I'd like to learn more about finding a new language to use when we're talking about breast cancer, and am curious to know other women’s experiences and opinions.

Let’s not be defined by this disease, let’s be empowered by it. We shouldn’t be fighting sexist language, harassment AND cancer.

Reprinted with the permission of Janelle Burchfield from the Pantsuit Nation Facebook Group.