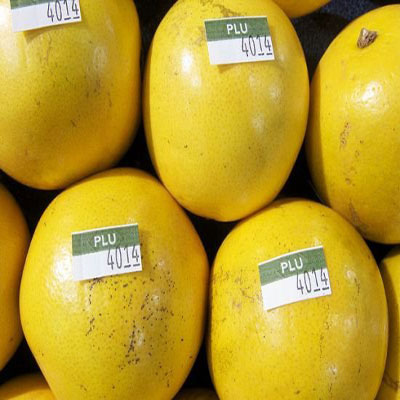 Over the last few years, misleading information has persisted on the Internet. Can PLU codes – those four- or five-digit numbers on produce stickers – really indicate whether a food is genetically modified? Not really. There are other surefire ways to avoid GMOs, and a big effort is underway to put a real red flag on genetically modified produce and packaged foods.

Price Look Up codes went into use in 1990 to identify the type of produce being sold in a grocery story. There are over 1,300 PLU codes, currently in the 3000-4999 range, administered by the International Federation for Produce Standards, an affiliate of the Produce Marketing Association. The system has become a widespread standard, but is voluntary for grocers. They were not designed as a means of communicating meaningful information to you, the consumer.

Consumer advocate Jeffrey Smith emphasizes that GMO codes are hypothetical, and that the pre-fix 8 to indicate GE has not caught on with retailers. Also, there are not many GMO produce items approved in the US beyond alfalfa, corn and Hawaiian papaya. So, while it might seem like a nifty tip, Price Look Up numbers are about just that: price. A more important indicator is the certified organic label, an enforceable standard that excludes genetically engineered foods.

Genetically modified foods are so prevalent in the food chain mostly because of the corn products they contain that you have to actively seek out what is not GMO. Fortunately, there are Non-GMO Shopping Guides and smart phone apps to help you out. To address the systemic issue, the Right to Know campaign is leading a grassroots effort and ballot initiative to introduce a real labeling standard to all food packages and produce in California. The www.labelgmos.org team is training signature gatherers for the 2012 ballot initiative that could set a new standard for other states that want to assert their right to know. Let’s hope there comes a time you don’t have to seek out insider tips to know what you’re eating.

To learn more about PLU Codes and ways to identify genetically modified food visit Tip Hero and The Huffington Post!