Breast Cancer Activists – The Next Generation 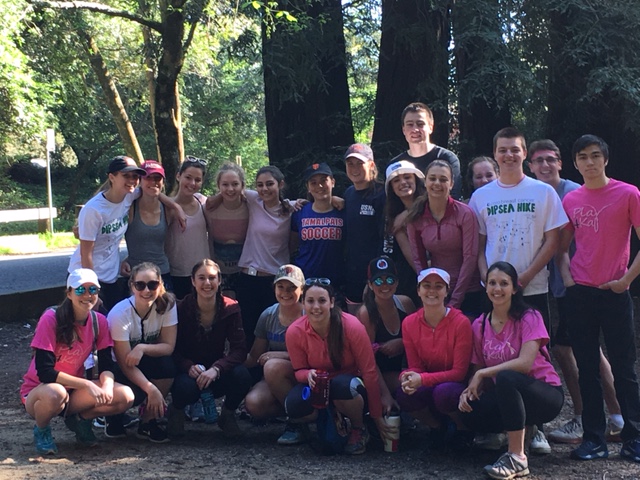 The 2016 Francine Levien Activist Award will be presented to the Tampalpais High School Breast Cancer Awareness Club for their ongoing support of the mission of Zero Breast Cancer and for being role models in the way they engage their peers in efforts to ensure progress towards preventing this disease. The award will be accepted by club president Maddie Stoops, along with fellow leaders Ali Merkl, Colette Lowry and Hans Glader at this year’s Honor Our Healers event coming up on May 10th. You can read about it here.

Francine Levien was a breast cancer activist and early leader of efforts to discover the environmental causes of breast cancer in Marin. She founded Marin Breast Cancer Watch (now Zero Breast Cancer) in 1995 and sadly lost her life to breast cancer in 2001. In 2002, the Francine Levien Activist Award was presented for the first time. This award has played a vital role, ensuring that Francine’s legacy lives on “in her name, with her spirit, with her beliefs, with her grand, grand vision” (Roni Peskin-Mentzer, Past Board President, 1945 -2013). You can read about the innovated role models who have been recognized previously here.