Why I Hike for ZBC 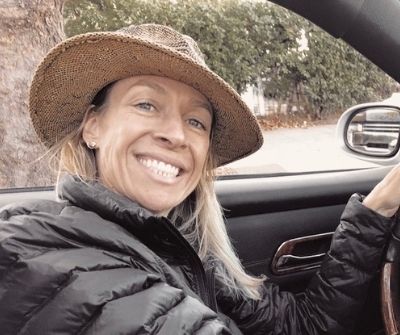 Everyone's cancer story is different and teaches us something. Mara Snipes shared her experience showing that even people who do all the “right” things can get breast cancer. She is participating in the Virtual Dispea Hike for Zero Breast Cancer as a way to help others, especially those with fewer resources and support, to have a healthier future, without breast cancer. Read on for her story.

A year ago today, September 12, my life turned on a dime. I was 44 years old, a healthy ultra-marathon runner, a working artist and mother of three. As I did almost every day, I was getting dressed to run on the trails near my house and felt a mass in my breast. The shock and terror took my breath away. My first reaction was to deny that it could be anything dangerous: I was too young, I had none of the standard risk factors, I ate well and exercised regularly, I had no family history. But trying to go against my intuition with this logical argument didn’t last long. I knew something was wrong. Within days I had two multi-hour mammograms and diagnostic ultrasounds, three biopsies, an MRI and finally, a diagnosis. I felt like I was in a parallel universe, everything was happening so fast. While I was still just trying to breathe, eat and sleep, I was also researching doctors, treatments, surgeries, and side effects at warp speed. Everything seemed urgent: triple-positive invasive breast cancer, dividing quickly, meant I would start five months of chemo within the week. I assembled my support team as well as my medical team, and had so much care and guidance from other survivors as well as many whose lives have been touched by breast cancer.

I got a port placed in my chest to receive chemo, an echocardiogram to monitor my heart for any damage from my chemo regimen, and tried to put one foot in front of the other as I moved through that time, numb with shock. As surreal as it was to be living through personally, by far my biggest concern was for my children. My two teenage daughters and pre-teen son were long since old enough to feel the shock waves of my new reality. Telling them about my diagnosis was the beginning of many lessons about honesty, protection, compassion, courage, and the strength and grace in receiving from others. By the time I started chemo a few days later, I had begun to make peace with whatever I had to endure. The harrowing waiting of the diagnostic phase was over, at last I could start treatment and healing.

Stepping into this new reality was disorienting, to say the least. I could take nothing for granted, and felt control over so very little that I had no choice but to surrender. Not to give up, not in the slightest, but to give over to the experience and try to be as present as possible for myself and my family. This was beyond difficult physically, and even harder emotionally. But I did have control over my mindset, and even though my choices were between bad and worse, and nothing I had ever imagined having to encounter, I tried to take comfort in still having choices. I shaved my head instead of letting my hair fall out, and I took my early-morning bouts of insomnia as a dedicated time to write. I took care of myself in glorious and indulgent ways that I had never done before. Much of my chemo months were a blur, lots of sleep and neighborhood walks and friends dropping off dinner, notes and gifts and texts and prayers for weeks and weeks on end. And finally it was over; the relief and sense of pride I felt after I recovered from my last infusion was indescribable.

Surgery came a few weeks later. After lots of research and conversation with my amazing surgeons, I underwent a double mastectomy with reconstruction. As I was healing I got the news that my chemo had been effective, I had a complete response and the breast cancer was gone. A miracle! I didn’t feel like a triumphant ass-kicker, however: by then I had already been so humbled, I just felt grateful beyond words. When I stop to reflect, I’m blown away by my family, friends, doctors, nurses, anonymous kind souls, neighbors, and the solidarity of sharing my story in the service of those who will come after me: our community, our sisters and daughters, our friends and mothers. My life is forever changed, there’s no going ‘back to normal’, and as I get beyond this one-year mark since my diagnosis, I hope to integrate more of what I’ve learned and experienced. With presence, and gratitude to be here to tell my story, and belief in the effectiveness of research and treatments, and faith in taking steps toward a future without the shadow of breast cancer for any of us.