Teri Hollowell: A Zest for Life, a Zeal for Giving 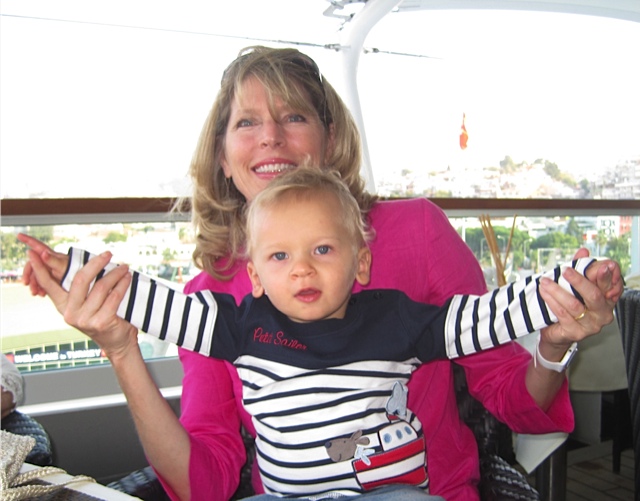 In 2001, Teri Hollowell, friend and supporter of ZBC, combined her passion for world travel and corporate event planning expertise, to create One World Partners, a company that stages international corporate events. "The corporations were often local, but wanted to create international events all over the world," explains Teri.

"I would be in 10 or 12 countries a year, coordinating magnificient events in places like Thailand, South Africa, and Istanbul. It was fantastic."

In 2009, Teri sold One World Partners to BCD M&I, a meeting and incentive company headquartered in Chicago, which now operates the former One World Partners out of San Francisco. "It's a good match," says Teri. "They share a lot of my philosophy about giving back to the community."

Building relationships - with employees, corporations, and in the countries where events were staged - has been a central theme in Teri's life, influenced by her travels. Her compassion and concern for the poverty and challenges she witnessed in the world became the foundation for her company's own corporate giving strategy. "We started 'Footprints' and the philosophy was that we would leave every place that we visited a little better than we found it." explains Teri. Footprints succeeded on several levels. First, the One World's staff was encouraged to donate food, supplies, money, and time to agencies, foundations, and people in the countries and communities they visited and worked in. One World also encouraged its clients to support its philanthropic efforts, and would work with the clients team to identify ways they could support local programs and people. "Many times, it was for local children's organizations," says Teri. "In South Africa, we served wines where part of the profits went towards saving the cheetah." Additionally, One World made financial contributions to local non-profits.

"Part of my motivation for giving to ZBC was that almost eight years ago I was diagnosed with Ductal Carcinoma In Situ (DCIS) which is actually a pre-cancerous breast condition. I got a manageable diagnosis, as far as breast cancer goes. I had a lumpectomy and radiation." Teri notes her family has a history of breast cancer; she lost two aunts to the disease and her mother had a mastectomy. "It's definitely something I"m very aware of," she says, but that didn't make her DCIS diagnosis any easier. "I thought I was doing everything right - lots of exercise, a low fat, high fiber diet - and I was actually quite annoyed when I got the diagnosis. I thought, 'Wait a minute, I've done everything right'."

Teri learned about ZBC in the early stages of her diagnosis. "I was getting information from different sources, trying to find out what I needed to do," she says. "I love that ZBC focuses on the environment and sends out information about environmental exposures to avoid. They are very proactive in determining potential sources for carcinogens, and in working towards identifying why the breast cancer rate in Marin County is so high. I also like that they are local and work with the local community. It feels more personal, and I like supporting an agency that does not let politics influence their methodology and goals. This is really a wonderful organization; what ZBC does is great."